With preview season fast approaching, at Foxdog Studios we are now facing the complex task of creating and developing fresh technology for a brand new show. So we did what all comedians do at this tricky stage - stall for time.

The sausage cannon was long overdue an upgrade. The head-mounted cannon as it appears in Robot Chef can only fire at one angle - leaving Lloyd and his head in control of where the sausage lands. And while audiences always enjoy firing the sausage using their phone, we thought we would pass the aggravation of accurately aiming the barrel over to them as well.

This new incarnation offers players the ability to move the cannon up and down, viewing the target through a live camera sat on top, and pressing the FIRE button where they think they’ll hit a bullseye.

In the video above, we’re testing out our tech, as well as the distance and angles in a makeshift firing range, in preparation for a corporate booking. We were hosting an interactive quiz for a staff social, and after adding various games, developed a target shooting round using the new remote-controlled cannon. You can see clips from that gig at the end of the video.

We used the raspberry pi camera module to make a realtime video feed live from the sausage's barrel. We used gstreamer for this and it worked great - people were very impressed by the camera's picture quality and 60fps framerate.

The arduino nano controls the motor with control communication done via a bluetooth serial chip (HC-06). We hooked up some microswitches to limit how far the motor could turn. This was our first time using a motor and limit switches for this rather than a servo, and we're pretty happy with the results.

To fire the sausage we use an air compressor and solenoid valve. The arduino triggers a mosfet that opens the valve for ~200ms. Probably the most annoying thing is we need three voltages for the project 24v for the valve, 12v for the motor and 5v for the arduino. 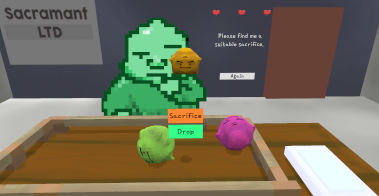 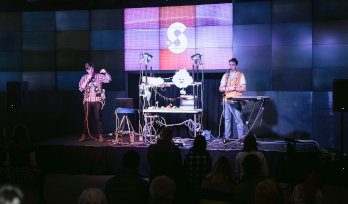