We're fighting phone's and other devices to stop them thinking they're in a captive portal AKA walled garden, and show the "Sign in" page, or switch to data instead of WiFi.

These are for Nougat, the code for testing connectivity is inside NetworkMonitor.java

This is in Oreo.

as a probe URL. Beware that this will require you to setup your DNS so your server is google.com. If users try to do a Google search, e.g. type into their address bar, instead of getting a "Could not connect" error, they'll have a nasty invalid certificate error because your certificate will not be a signed Google SSL certificate.

To fake this, in nginx you'd want something like this

Note: iOS internet detection seems to work differently. It seems to not complain if when a request to these URLs gets no response. But it will believe it is in a captive portal if a server replies. Therefore unless you pretend you're these domains you don't have to do anything, and we don't.

We have seen on iOS 9 devices: captive.apple.com

It has been reported that these domains are contacted as well, see Tanaza

They may ask for /library/test/success.html

They all have wispr in their user agent string

In nginx you'd want something like this in your nginx.conf

For this to work you need to setup DNS on your router to point the domains in the server_name sections of the nginx configs to your server.

We run DD-WRT on our router and the setup page looks like this. Other routers will have their own interfaces, but the idea is the same (DD-WRT does DNS using dnsmasq, which is a common program to run a dns service). 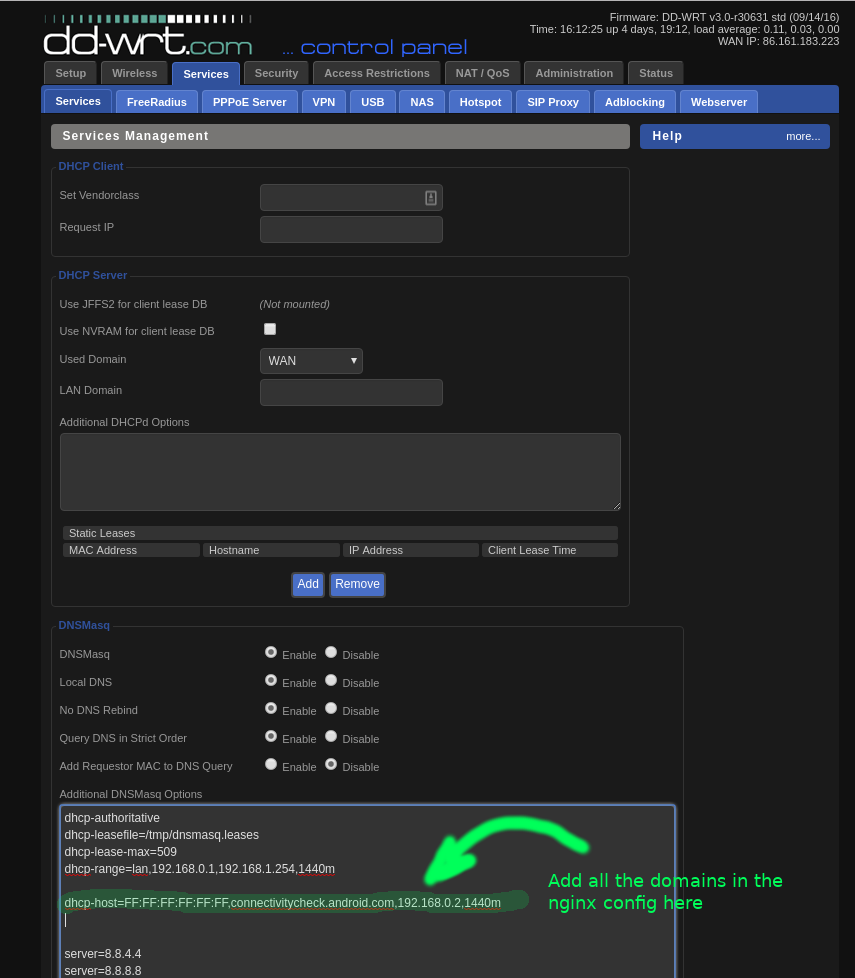