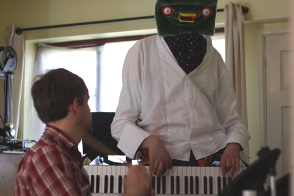 Duckhat has been a Foxdog Studios fixture since 2015. He started off as a small walk-on character in that year's Edinburgh show, with the duck face mounted onto a helmet, and the mouth movement is informed a mic connected to Pete’s laptop - a python script looks at the strength of the mic signal, and signals via bluetooth what angle to position the mouth to. The original design involved odd bits of wood, a hard disk holder and cardboard boxes, all held together by faith and not much else. It was very flimsy and stressed us out. 3D printing was used in the latest version to create the animatronic body. We designed everything using OpenSCAD, which is the CAD for programmers. 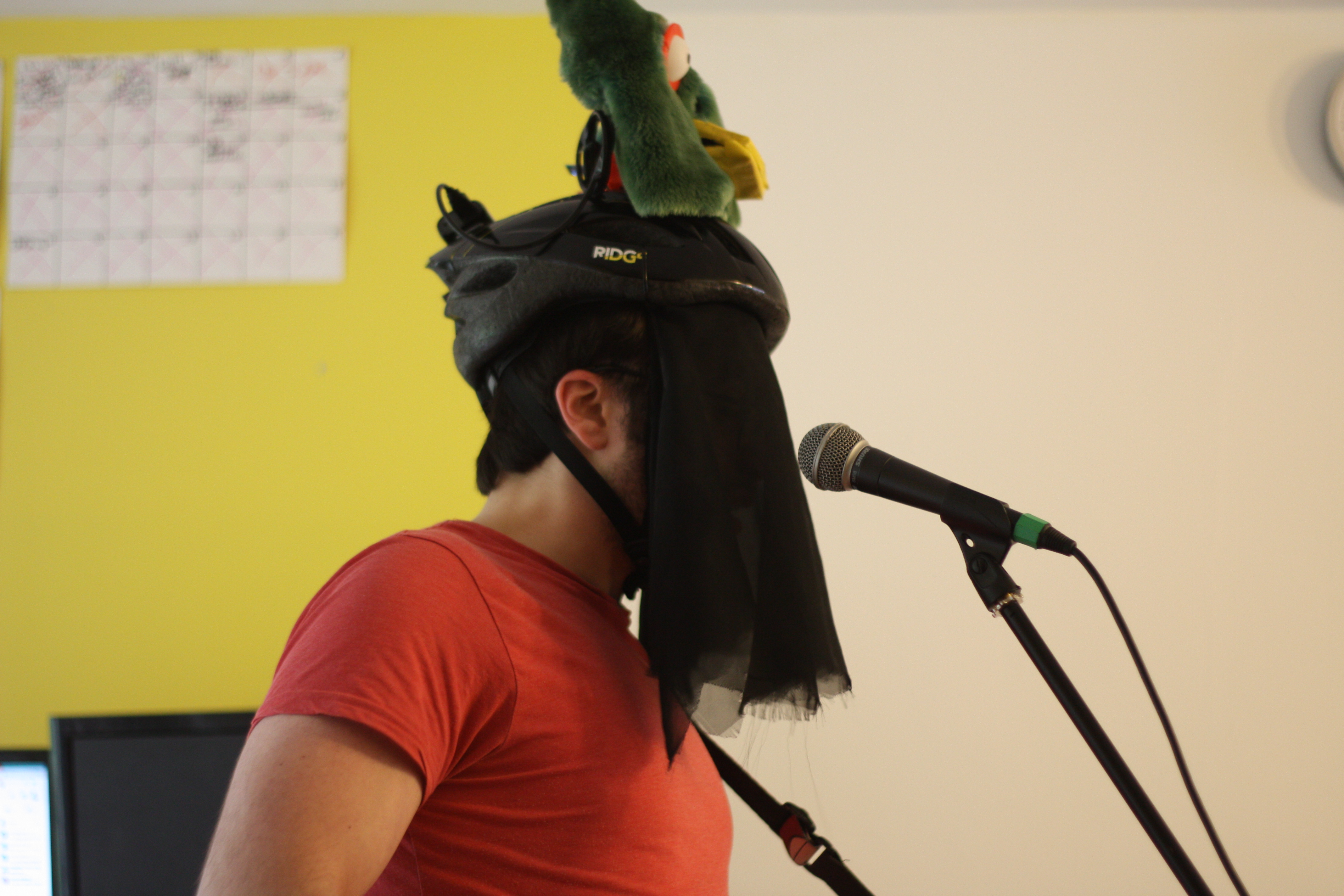 There were a few issues with the Old Duckhat. Our audiences usually thought the cloth was hiding something, or that the duck's mouth wasn't robotic. Some thought the cloth was going to reveal something underneath, or it was meant to look spooky. Mainly, the cloth hanging off an old bike helmet just looked a bit...naff. But back off though, we'd been building unique innovative tech from our living room. We'd been busy, OK?

But when Duckhat got his own song we thought we'd step it up. We gave him eyebrows so he could be a bit more emotive (they're controlled by Pete's phone; he can be angry, surprised, or even waggle them when he's being an old school perv). We added more micro servos to animate the brows - this resulted in browning out the board when powering it through the arduino (i.e. it would reset itself). To fix this, we used another USB cable connected to our 2-port USB battery. We sliced open the cable to have access to its power lines, giving ourselves a 5V supply we can draw larger currents on. 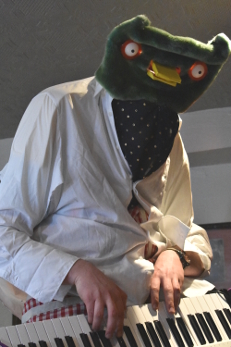 To give the full Duckhat fantasy, we ruined one of Lloyd's old shirts, added some foam into the shoulders, cut slits in the armpits and made him massive. At first the shirt fastened all the way to the top, but we were concerned for Lloyd's health, so gave him a cravat instead, made from a silky see-through material that Lloyd can sneak is head through, see the audience, and breathe easy.