From Cable to Grave

As is true of the best comedy, our most recent output was inspired by tragedy. It was with great sadness that we discovered on Thursday morning our trusty extension cable, A05VVF3G1, had ceased to function. Good old A05VVF3G1 had been with us since the beginning, and was as much a part of Foxdog Studios as Pete. We immediately started to write material about our loss. 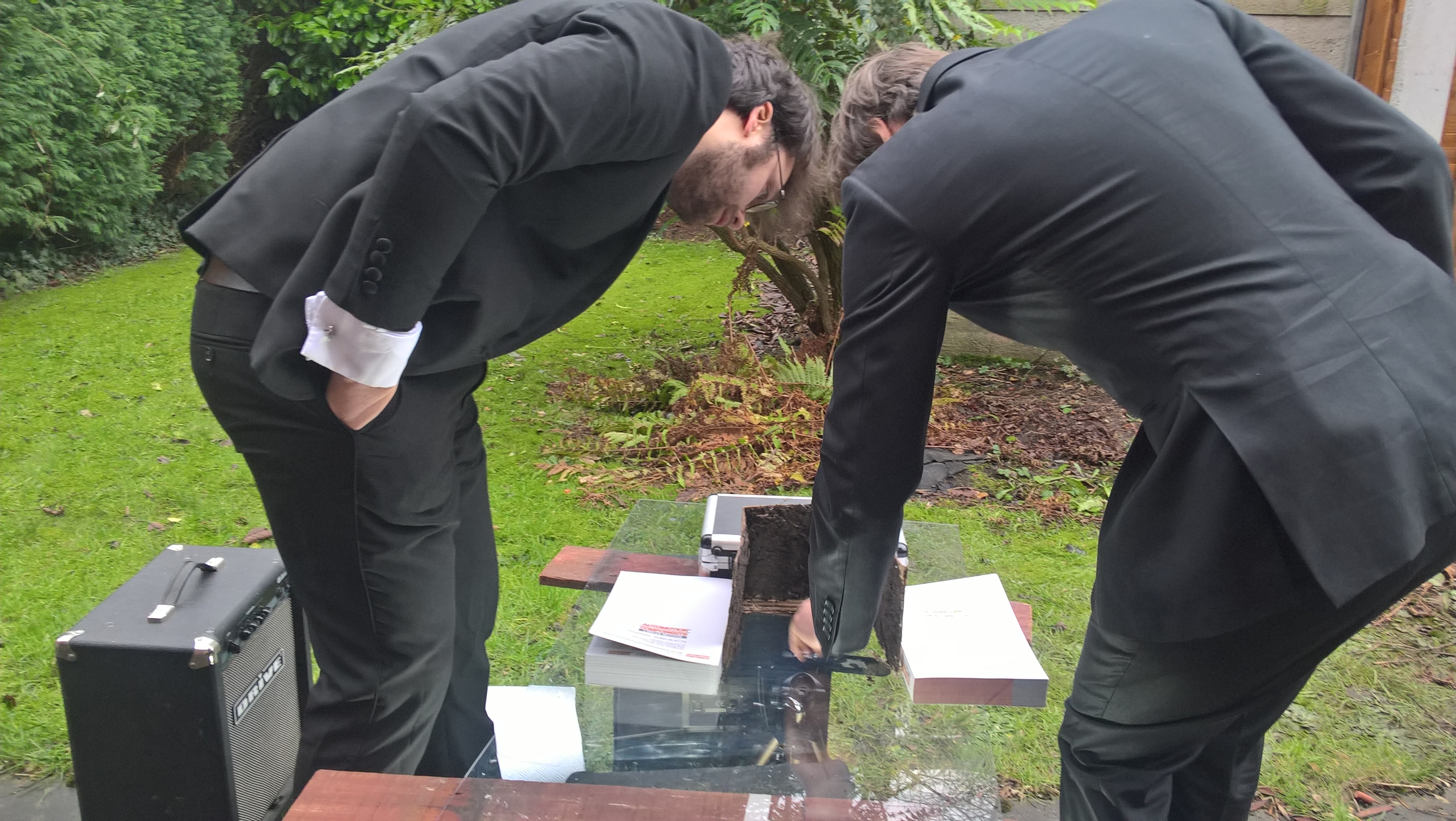 We knew we must properly commemorate A05VVF3G1's passing, and what could be more appropriate for the occasion than a 6-second Twitter video that would be viewed by upwards of 10 people. The premise was obvious - a funeral for our beloved co-worker in the garden of FDS HQ, on Monday afternoon when we were less hungover. After consulting a Wikihow article entitled How to Obtain the Correct Proportions when Building a Cross, we sawed, nailed and painted a wooden cross as the gravestone for our opening shot, and had a lot of fun (respectfully) pretending to be Buffy the Vampire Slayer. 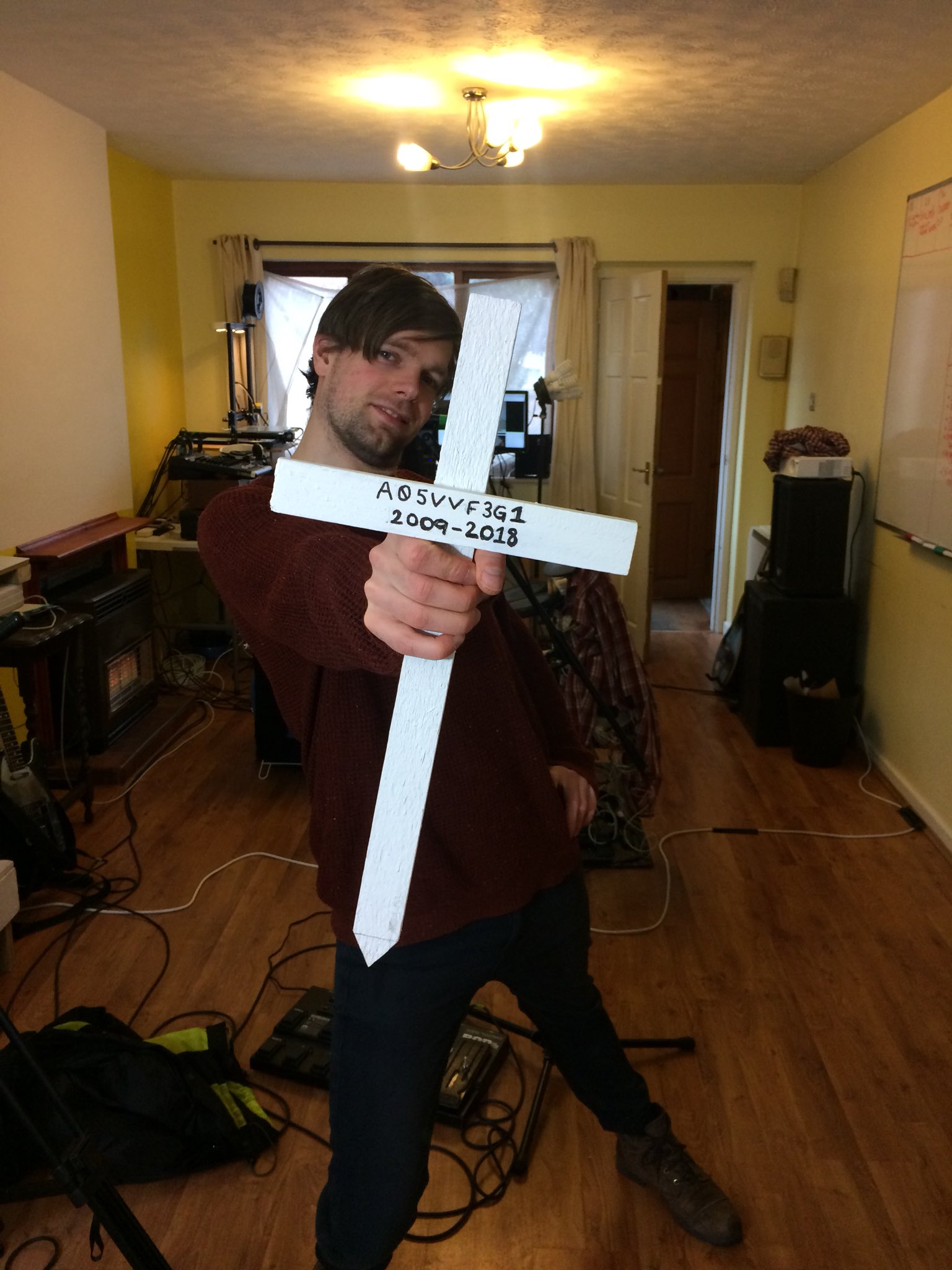 Digging an extension cable-sized grave was more work than expected, and involved sawing, cutting and drilling away roots unearthered the further we dug. This was for the second shot of us lowering A05VVF3G1 into the ground from where he didn't come. To our great annoyance, Lloyd had decided to wear orange socks - and looking at the shots in post, the best angles were before we had realised how distracting they'd be, so we to edited this out, masking one area of the shot in greyscale. For the eagle-eyed, you can notice the sock on the left turns orange for a split second as he goes to stand up. We left that in purposely for the fans.

The last shot was created by balancing a clear piece of perspex on two speakers, and placing the camera underneath on a specially broken tripod that would face it on its side looking up. Using our creative abilities, we glued mud onto a strip of card to act as the 'grave frame', as if the viewer was looking up out of the grave. The sound of mud hitting the ground was created the next day, by throwing mud repeatedly into a mic'ed bucket.

Lloyd created the score after passing out from grief, and woke up with the solemn piano track fully formed just like a beardy Paul McCartney. It was exactly 6 seconds, which was incredibly handy, as the video had been edited into a 6 second clip so it would loop when played on Twitter.