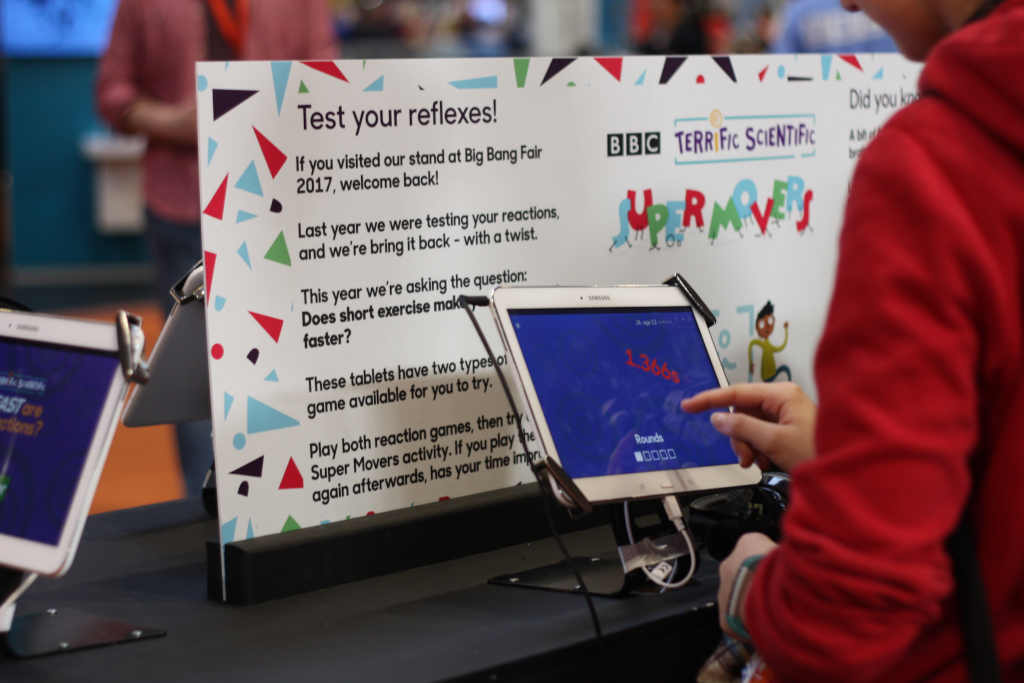 Last week we travelled from Foxdog HQ to Birmingham NEC. This in itself is an odd choice, as anyone who has ever been knows it is difficult to spend an hour, let alone five solid days, in Birmingham NEC. But we spent five solid days there last week, overseeing a large quantity of children play a game we had built for BBC Terrific Scientific, on increasingly sticky Samsung tablets, as part of The Big Bang Science Fair 2018. 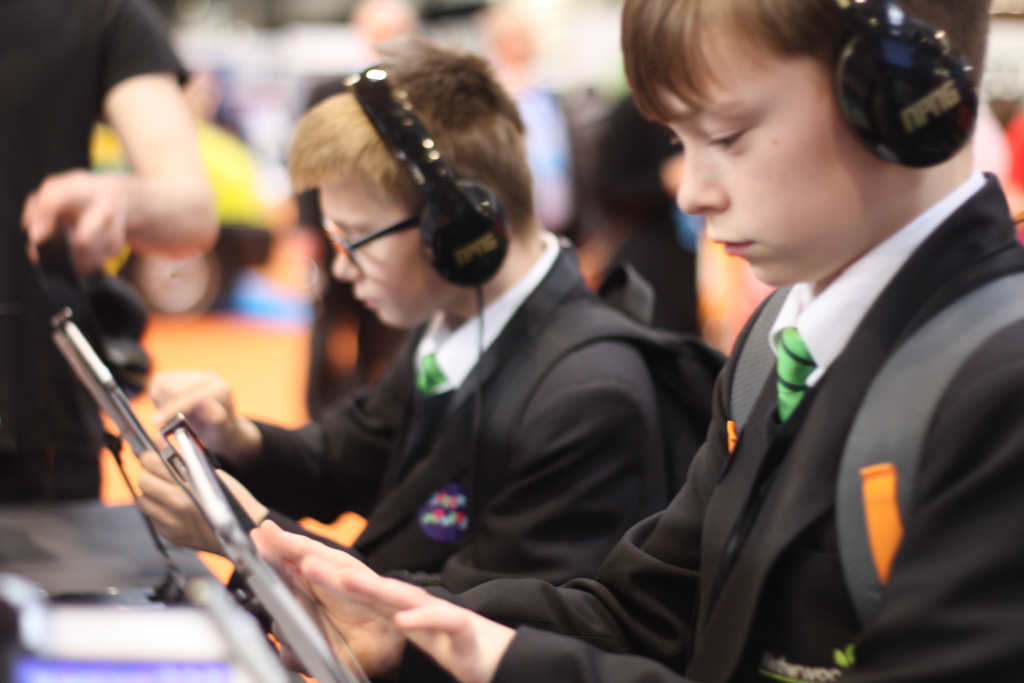 The Big Bang UK Young Scientists & Engineers Fair is the largest celebration of science, technology, engineering and maths (STEM) for young people, aged from about 7-19, in the UK. The fair had over 70,000 visitors this year, which is a lot of children messing with your stuff. 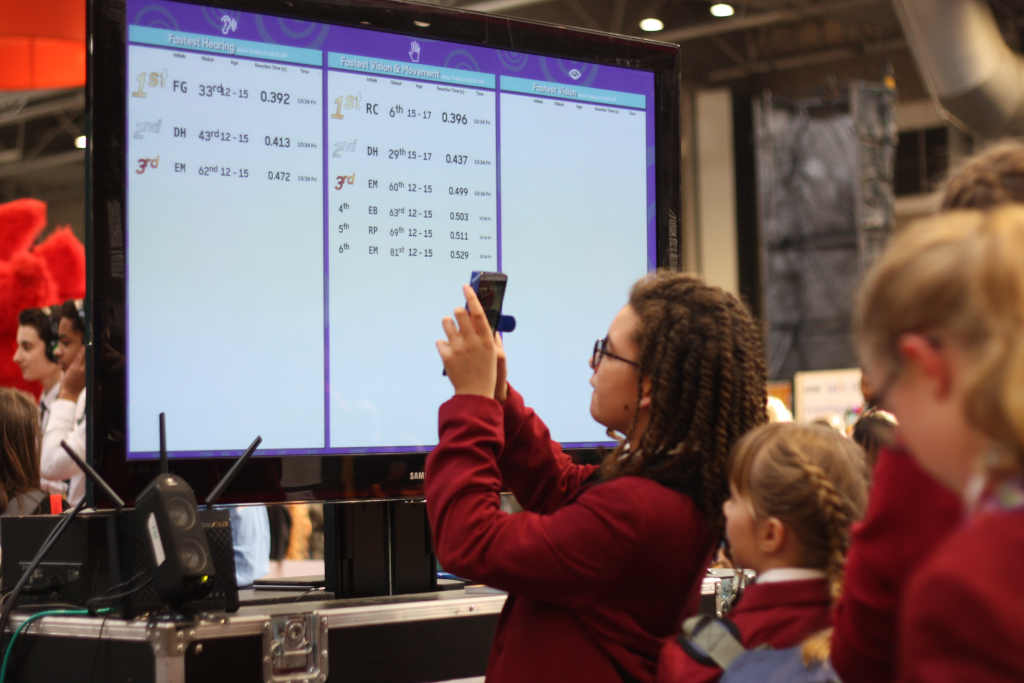 We were commissioned by BBC Terrific Scientific to create an interactive screen game measuring the children's reaction times in relation to sight and sound stimuli. Time scores would then be collected and displayed on a leaderboard to add a competitive element, and would be refreshed between plays as children moved away from the stall and onto other attractions at the fair (including an algebra song in the stall next to ours, which is forever embedded in our brains).

The activity used web technology in a local network which allowed us to develop a large feature set quickly, and work on any device with modern web browser.

Below is an overview of the system architecture. 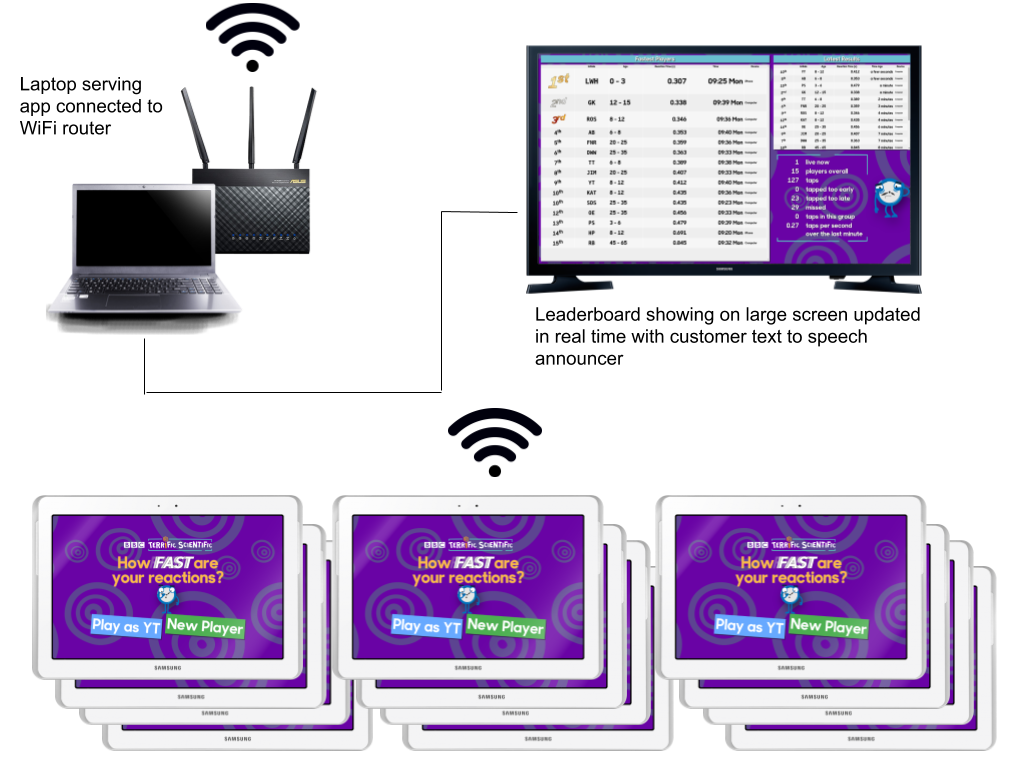